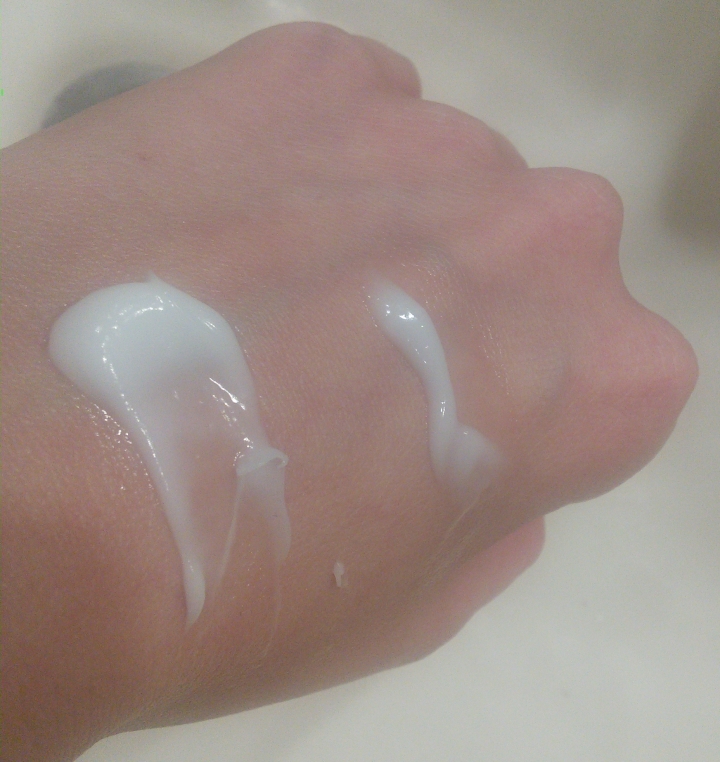 Disclosing Snail Discloses: The product reviewed in this post was given to me by Cupidrop for my feedback and unbiased review. If you have any questions about my rules for accepting press samples, please check out my sponsorship policy or get in touch with me directly.

For something that comes in such small quantities, eye cream sure can cause big arguments (among people like me, people who have skincare arguments). Some people believe that eye creams as a category are entirely pointless, that eye creams are just overpriced face creams in tiny jars. All anyone needs to keep the skin in the eye area healthy, these people claim, is regular old facial moisturizer. Other people believe that the eye area requires special care. The skin is often thinner, drier, more prone to wrinkling, after all, and it’s beset by unique concerns like dark circles and undereye puffiness.

Do not use if: You have contact sensitivities or allergies to honey, sunflower seeds, or macadamia nuts, or if you are sensitive to anything else in the ingredients list.

When and how to use: After cleansing, gently apply around eyes.

Notable Ingredients: On its own, there’s not much to note here. COSRX Honey Ceramide Eye Cream offers a solid mix of hydrating and moisturizing ingredients to keep the eye area soft and comfortable, with some ceramides to strengthen the moisture barrier and prevent excessive Trans Epidermal Water Loss (TEWL) leading to dryness. There are also a couple of anti-aging ingredients. rh-oligopeptide-1 is more commonly known as Epidermal Growth Factor (EGF) and is claimed to stimulate epidermal cell growth, while adenosine has been shown to reduce wrinkles. These two ingredients are at the very end of the ingredients list, however, making it doubtful that the product contains enough of either to have any visible effect on skin.

If you take just a quick glance at the ingredients lists for the Honey Ceramide Eye Cream and the Honey Ceramide Full Moisture Cream, you might think, Jeez, they’re almost exactly the same. What’s even the point of getting the eye cream if I already have the face cream? And you’d have a good point.

I managed to figure this out through the magic of basic Excel.

Of course, there is a possibility that the few ingredients unique to each product do make them significantly different from each other, so let’s take a look.

So three of the four ingredients unique to the eye cream have anti-aging potential, and one looks to have been added for being more cosmetically appealing in the eye area.

That sounds pretty good, but all four of those ingredients are in the bottom half of the ingredients list. Since this cream is already 80% honey extract, I think it’s pretty safe to guess that those anti-aging ingredients are present in very small quantities and won’t provide significant improvement in firmness or wrinkle reduction. Therefore, if I were considering the Honey Ceramide Eye Cream but already owned the Honey Ceramide Full Moisture Cream, I wouldn’t buy the eye cream on the strength of its anti-aging potential alone.

But maybe some ingredients in the Honey Ceramide Full Moisture Cream aren’t suitable to the eye area, so let’s take a look at the creams from that perspective.

I can’t really figure out why any of the ingredients that the Honey Ceramide Full Moisture Cream has but the Honey Ceramide Eye Cream doesn’t have would be especially problematic around the eyes. Even caprylic/capric triglyceride isn’t considered an issue. It’s derived from coconut oil, but it isn’t coconut oil, and it’s widely considered an excellent and well tolerated moisturizer.

The textures of the two products are pretty similar, too.

The Honey Ceramide Full Moisture Cream is slightly thicker and stiffer, the Honey Ceramide Eye Cream a bit thinner and easier to spread. Other than that, the two products are pretty much indistinguishable in terms of look, feel, and (lack of) fragrance.

As an standalone product, COSRX Honey Ceramide Eye Cream is a pleasure to use, and even though I wouldn’t purchase it on my own, I am highly enjoying using it. Like the Honey Ceramide Full Moisture Cream, it’s deeply moisturizing and keeps my skin soft, supple, and smooth all day. You can definitely tell the difference between when I’ve moisturized my eye area with this and when I haven’t. It pats in easily and quickly, without any greasy residue, and dries to an invisible matte finish. I haven’t noticed any problems with applying concealer or makeup over it. As a final bonus, a little goes a long way and the jar is generously sized for an eye cream, so even someone with portion control issues (like me) will be able to make it last a long time.

Conclusion: This is the first time that I’ve given a product a split rating. If you already have the Honey Ceramide Full Moisture Cream, then there’s really no reason to buy this as well: the effect on the eye area is almost exactly the same. If you don’t have the Honey Ceramide Full Moisture Cream, however, and you’re looking for a mild, non-irritating, and deeply moisturizing eye cream that plays well with makeup and keeps the skin around your eyes healthy, then COSRX Honey Ceramide Eye Cream is an excellent option.

Rating: 3/5 if you already have the Honey Ceramide Full Moisture Cream, 4/5 if you don’t.

1 – This should be taken off the market.
2 – Caused me some problems; would not buy again.
3 – Meh. Neither great nor bad.
4 – Pretty good. Would buy again unless I find something better.
5 – I’ll never be in the market for a replacement unless this one is discontinued.

Where can I buy COSRX Honey Ceramide Eye Cream?

Do you believe in using eye cream?

This site uses Akismet to reduce spam. Learn how your comment data is processed.

Fifty Shades of Snail uses affiliate links. Monetized links on this blog are marked with a single asterisk (*). Products provided for consideration and review by brands and retailers are disclosed when introduced in regular posts and marked with double asterisks (**) in lists and sample routines. Any paid content will be clearly disclosed as such.

All text and images © 2015-16 unless specified or otherwise. All rights reserved. For more information, please read the Fifty Shades of Snail Copyright and Sharing Policy.
%d bloggers like this: